Selecting bidders is the step taken after Entering Job Specifications in the Job Work Flow, also known as the second step of Job Work Flow. The next step is Send RFQs.

Selecting suppliers for a Job 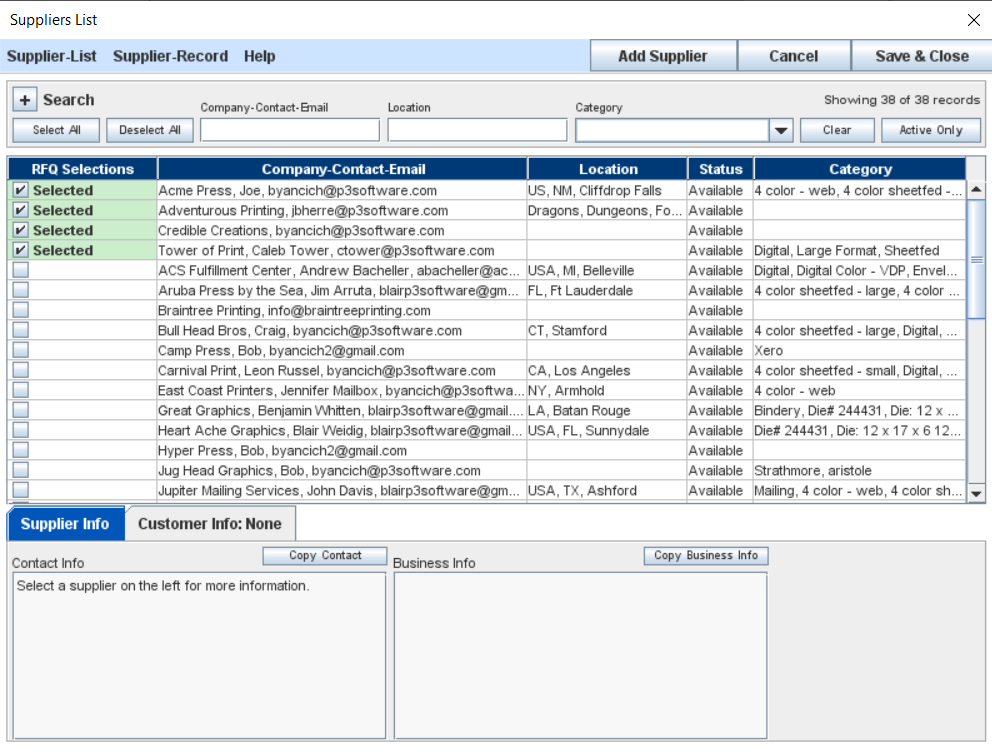 When you click the Select Suppliers button on the Job Master window, a special version of the Supplier List window will pop-up. This screen has two functions. It allows you to:

Adding a Supplier to a Job

Deleting a Supplier from a Job